Acknowledgments
​
Special thanks to Jay Hickey for providing a number of images used on this page, particularly under the headings Labels, War Tax and Stamp paper.

a) Inscribed State of Bahrain at top in Arabic and English (1998)
A1. 3d pale pink, pale turquoise, black and red

b) Inscriptions at top changed to Kingdom of Bahrain (2003)
A11. 3d pale pink, pale turquoise, black and red

Note: the date given here is based on the earliest recorded usage for A1, which is 9 January 1998.  Bahrain changed its formal name from the State of Bahrain to the Kingdom of Bahrain on 14th February 2002, so A11 with revised inscription was presumably issued shortly after this date.  The earliest recorded usage of A11 is 9 August 2003.
Court Fee

No special Court Fee stamps for Bahrain are known to have been issued, but Court Fee adhesives of India were used there in the 1930s and 1940s.  These can easily be identified from the large double-ring cancel inscribed HM's Political Agency / Bahrain as shown here, or a straight-line cancel with similar wording.
Labels 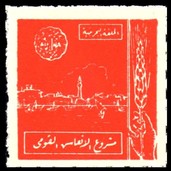 The information given here about the date and purpose of this issue is taken from Cooper. 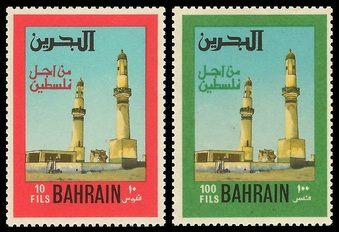 L4/5
c1970s.  Khamis Mosque.  Inscribed For the good of Palestine (in Arabic only).  Centre multicoloured, country inscription in black; frame colours given.

Note: these stamps are believed to be unissued charity labels but very little information is known about them at present. 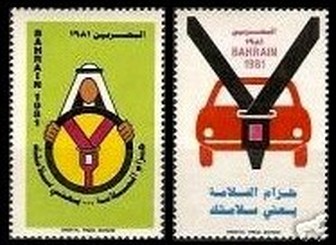 L6. [No value] multicoloured (driver and steering wheel)
L7. [No value] black, orange-red and blue (car and safety belt)
Note: a series of cinderella fantasies inscribed 'Bahrain Camel Post' were produced in the UK between 1986 and 1990.  For a full account of these issues, see Cooper pp27-31.

a) Inscribed State of Bahrain at top in Arabic and English
L11. 10f green and black

b) Inscriptions at top changed to Kingdom of Bahrain
L12. 10f green and black

Note: Bahrain changed its formal name from the State of Bahrain to the Kingdom of Bahrain on 14th February 2002, so L12 with revised inscription was presumably issued shortly after this date.  The issue date of L11 is not known.
Postal Order poundage 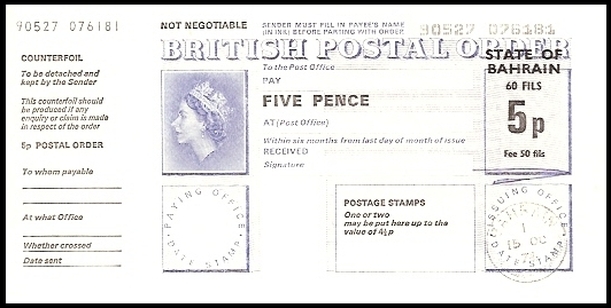 Illustrated above is a British postal order overprinted for use in Bahrain.  The face value of 5p sterling has been changed to 60 fils, with a fee (poundage) of 50 fils payable.  British postal orders were issued in a wide range of values and it is likely that many of these were overprinted for Bahrain.  Such items are not listed on this website but further information can be obtained from the Postal Order Society.
Revenue 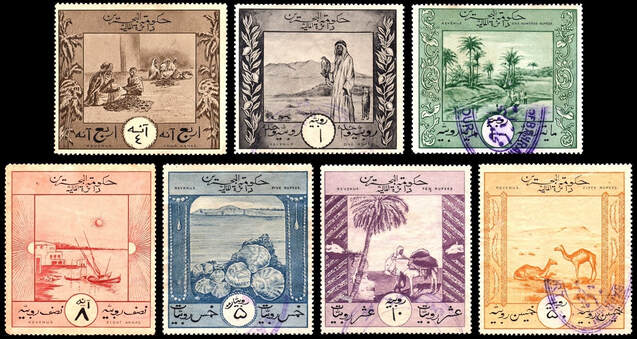 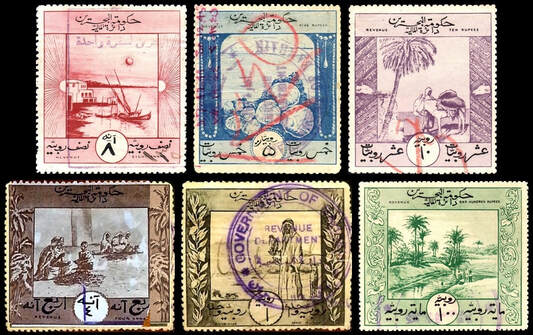 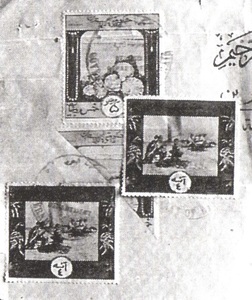 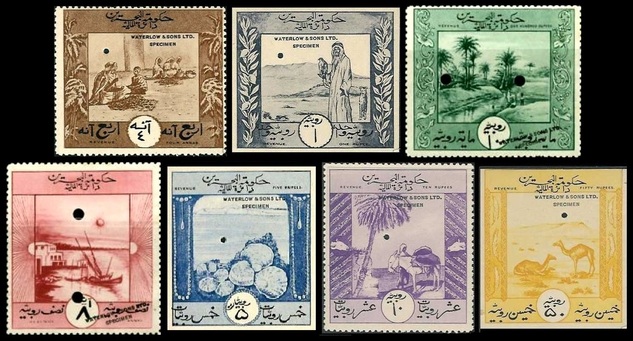 Set of samples with Waterlow Specimen handstamp, perf 9½ or imperf 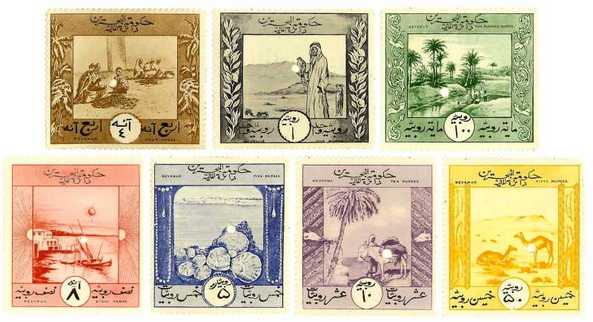 Set of samples without specimen handstamp, all perf 12½ 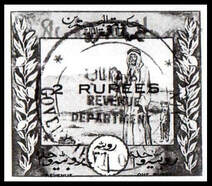 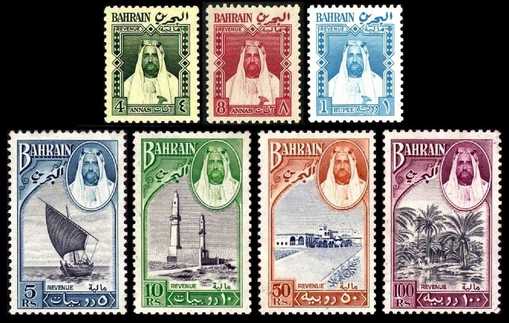 Notes:
1. Barefoot also records a 500r blue-green and black, but this is not listed by Cooper and I have never seen an example.
2. Examples of R12 can be found in a chestnut shade, but I believe these to be changelings caused by oxidation of the carmine ink.​ 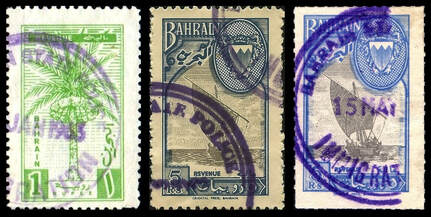 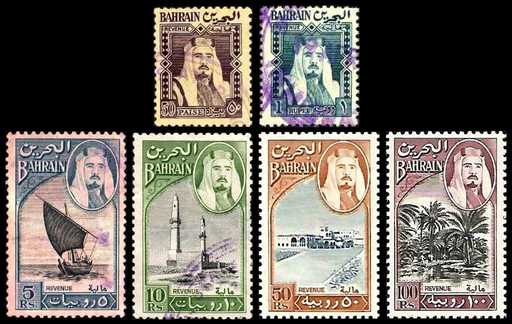 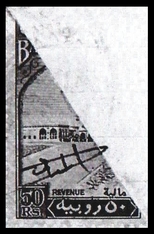 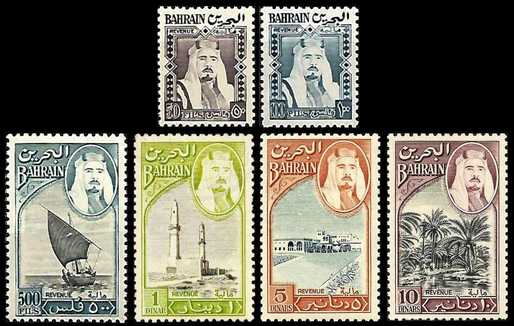 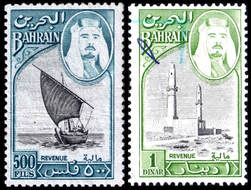 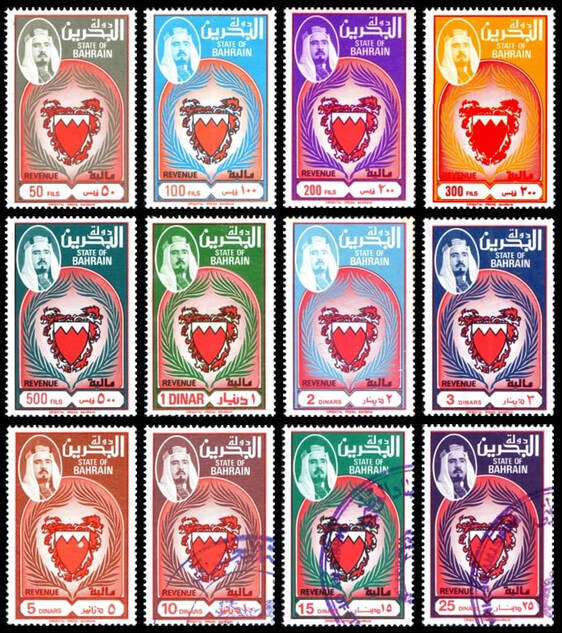 Notes:
1. Dates of issue are taken from Cooper.
2. I am grateful to David Jessich for pointing out that different kinds of paper were used for this issue - ordinary paper for the fils values and luminescent paper for the dinar values.  The 1d, 2d, 3d, 5d and 10d values are all known on both types of paper, with the 15d and 25d on luminescent only.  Jessich also notes that the luminescent paper normally fluoresces white under ultra-violet light, but that examples of the 1d and 5d values can be found which fluoresce bright yellow.
3. According to Jessich the 3d on non-luminescent paper is a dull violet-blue shade in contrast with the bright blue of the printing on fluorescent paper. 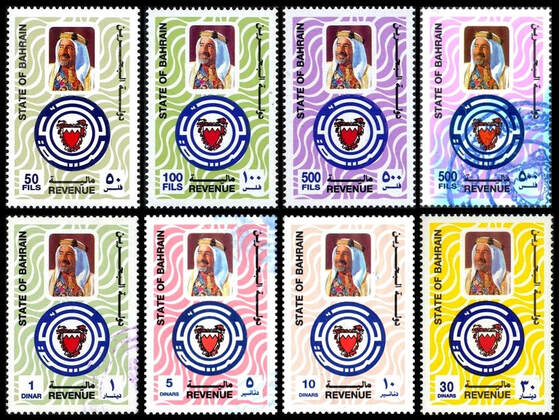 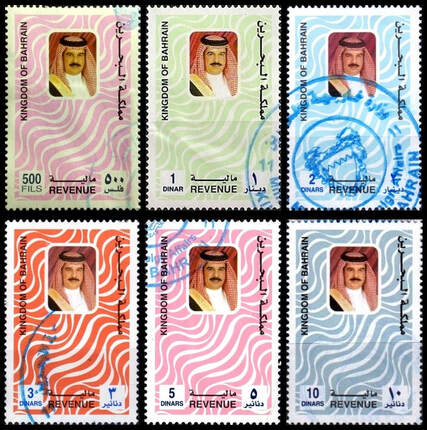 The 2r, 5r and 10r stamps illustrated here were formerly listed as S125/127.  These have now been deleted since the cancels cannot be verified as fiscal.  I would be grateful to any reader who can supply a scan of these or other postage stamps used on a revenue document.
War Tax
Note: for a full background to the issues listed under this heading, see Cooper pp18-21. 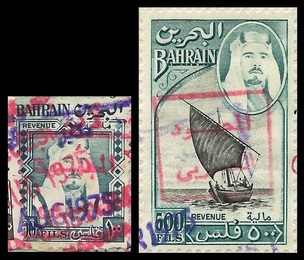 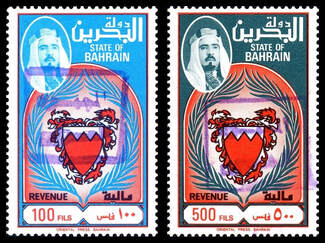 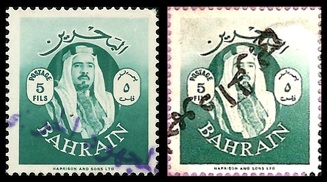 Note: this should probably be classed as a cancel rather than an overprint since it appears to have been applied only after the stamp was stuck to an envelope, and can be found upright, inverted, sideways or diagonally. 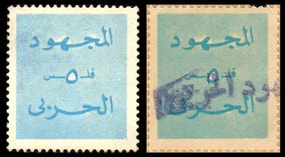 Note: T16a has the same handstamp or cancel as T11/12, which - as Cooper rightly points out - was unnecessary.  This may have been done by favour. 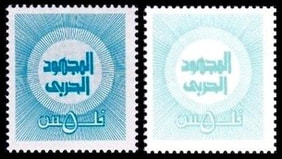 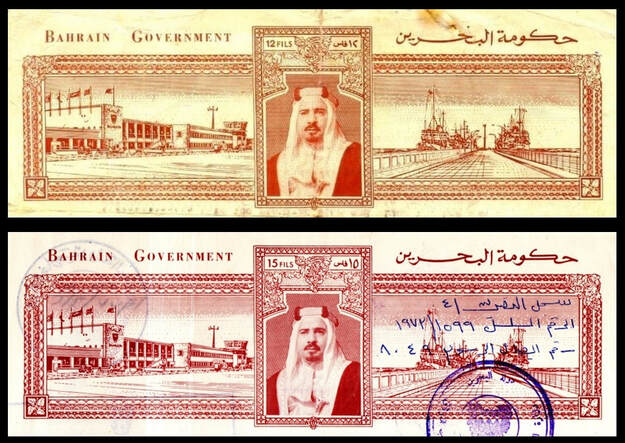 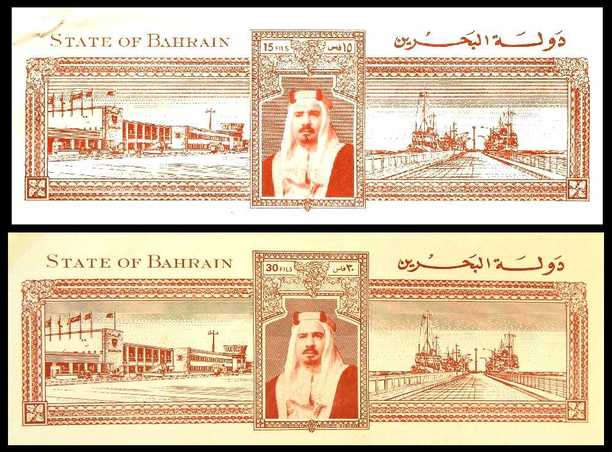 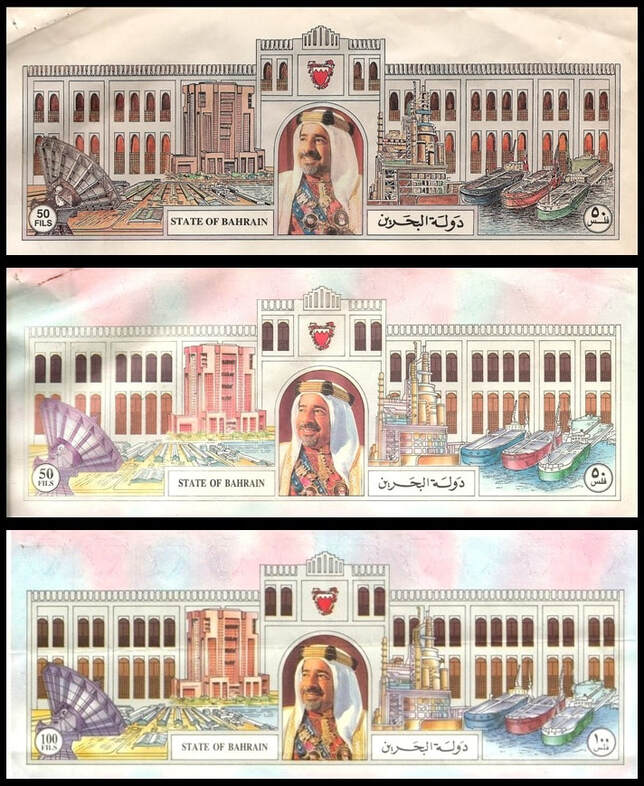