Grateful thanks to Danilo Oldoni for sharing images of stamps from his collection, and to Carmel Axiaq for additional scans and information. 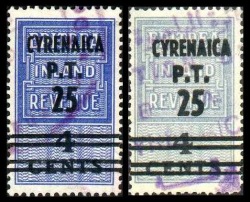 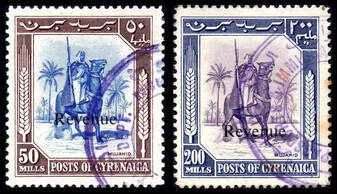 Note: for ease of reference, the numbering of this issue follows the Stanley Gibbons Part 1 (Commonwealth / British Empire) catalogue.

Currency: 100 centesimi = 1 lira (plural lire).  The Italian lira was replaced by the Military Administration Lira shortly after power was handed over to the British.


Note: Erler designates T1/27 of the following issues as 'Libya', ie valid for use in Cyrenaica as well as Tripolitania.  I regard them as Tripolitania issues since they are denominated in MAL while Cyrenaica seems to have used Egyptian currency.  Cyrenaica documents from the relevant period might confirm this but I have not seen any. 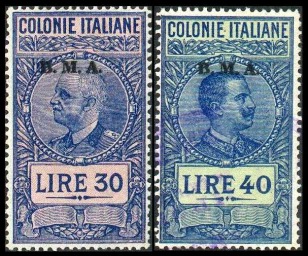 a) On large format stamps


b) On small format stamps 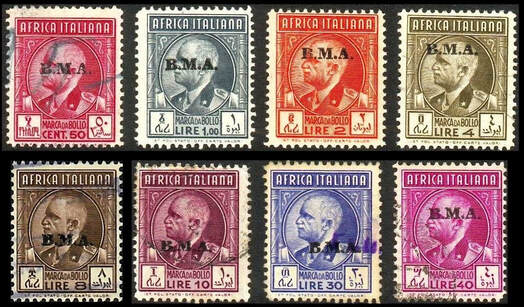 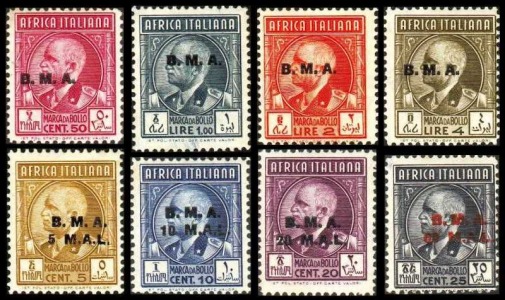 
c1950. Small format stamps overprinted B.Adm.T. (= British Administration Tripolitania) in bold sans-serif letters 2mm high, or also surcharged with new value in MAL. (The figures of value appear after MAL. on the 5l and before MAL. on the 10l and 20l.) 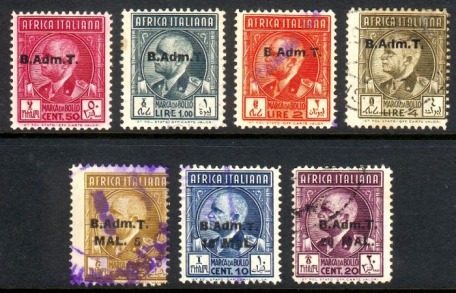 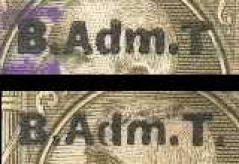 Recorded usage - September 1950 to October 1951 (T26).  The change of overprint from “B.M.A.” to “B.Adm.T.” shows that this set was issued after the British Military Administration was replaced with a civil British administration in 1950.


c1951. Small format stamps overprinted Tripolitania in bold sans-serif letters 2mm high, or also surcharged with new value in MAL..  (The figures of value appear after MAL. on all values.)

Notes: no dated examples of this issue have so far been recorded.  Erler gives an issue date of 1946, but the fact that the new overprint does not refer to British administration may indicate that this set and the next were issued after Libya became independent in 1951.  They are retained at this point in my listing because of their similarity to the preceding issues.

Recorded usage: November 1951 to April 1952.
Erler states that the overprint was in red on all four values, though the 10l on 3m with red overprint is not attested anywhere else. 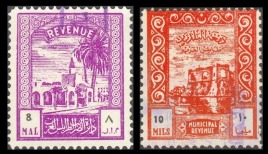 Note: stamps of the types shown here are listed by Erler as issues for Libya (left) and Tripoli municipal (right), both with an issue date of 1950, ie during the British administration.  I have not seen any evidence to suggest that they were issued before Libya's independence in 1951, so they are listed under Kingdom regional issues.

Notes:
1. B7, B8, B10 and B11 have an additional overprint consisting of wavy diagonal lines across the corners of the stamp.
2. Erler additionally lists the 4l violet but I have not seen this value.
Social Security 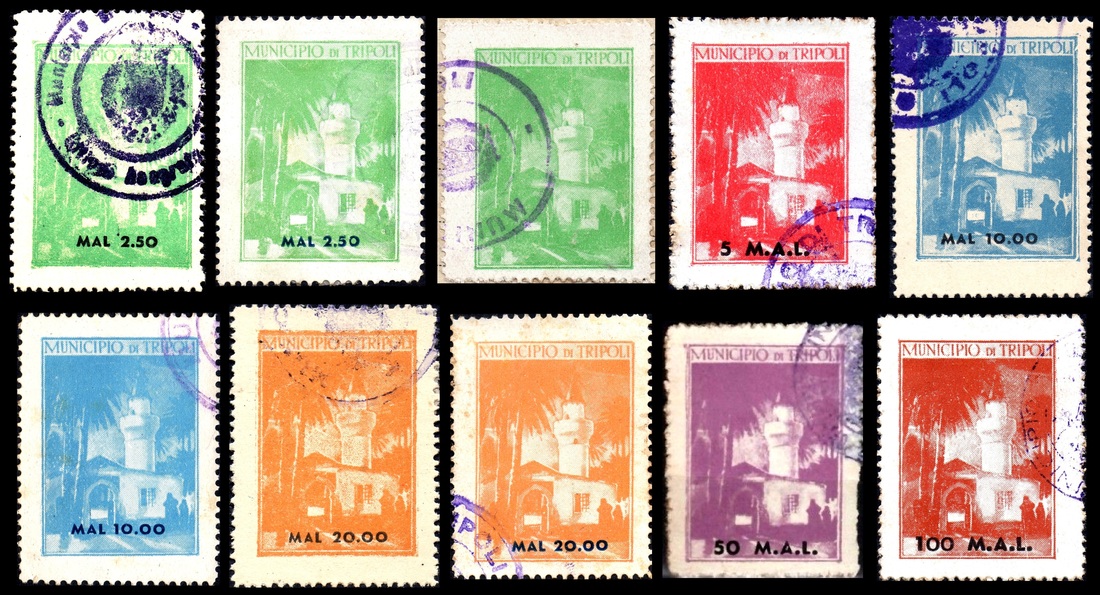 M11/M16 including surcharge in blue and surcharge omitted varieties 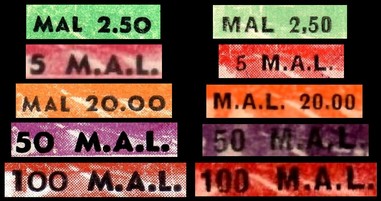 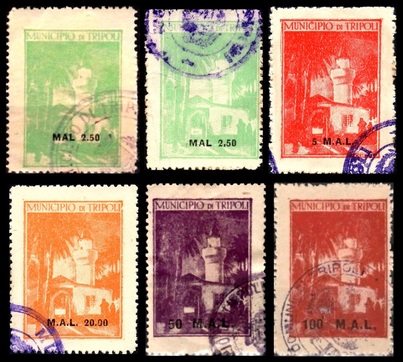 Note: the surcharge on M32 is larger than on the other two values.
Stamp paper 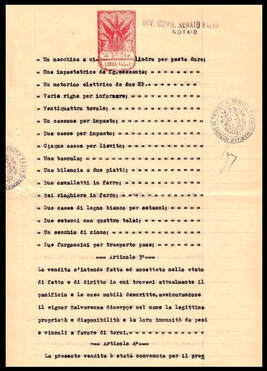 
Recorded usage:
Previous page: Somalia: Italian Trust Territory and Independent
Listings for post-Independence Libya can be found in the Middle East section
Note: an illustrated key to Libyan revenues since 1943 can be found here
Back to Former Italian Colonies main menu