Acknowledgments for the Dominica section can be found on the main West Indies page.


Currency
Impressed revenue stamps
Note: in order to illustrate the colourless embossed stamps listed here, it has been necessary in most cases to shade or rub them gently with a soft pencil to bring out the design. 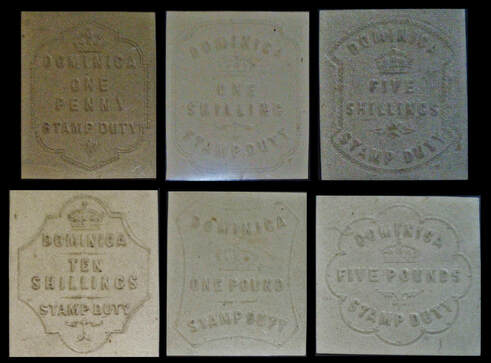 Note: no issued examples of this set are known other than the £1 value illustrated, however one group of proofs and a pair of handpainted essays are recorded.  A proof set consisting of the 1d, 1s, 5s, 10s, £1 and £5 values, and essays for 3d and 6d values in Chinese white on red, dated January 1914, are shown here.  No other examples of these values are recorded, and it is not known whether they were issued.

Z21/30
1966-68 (recorded usage).  Crown and leaves in circular frame, 33 mm diameter.  Inscription as before but denominated in decimal currency.  No date plugs or check letters.  Colourless.
Recorded dates of usage for each value are shown in brackets.

Note: the value on Z30 is shown as 10$, with the dollar sign after the figures.
Revenue stamps

R1 bisects postally used
Notes:
1. The date of issue shown by Stanley Gibbons is 1879-88, which refers to the period of authorised postal use.  Fiscally used examples are known from 1877 onwards.
2. Early printings of R1/3 (recorded usage 1877-80) were line perforated.
3. Forbin additionally lists the 1s with wmk Crown CA, but I believe this is an error.
4. Philatelic forgeries of the 6d and 1s values exist as illustrated here, probably 19th century.
5. The 1d on CC wmk exists bisected on (postal) cover as a ½d stamp as shown here, but no fiscally used examples of this bisect are known.
6. All the above issues plus R6 below exist with postal cancels since they were authorised for such use.
​

Note: the quality of the overprinting is patchy, and it is common to find examples with the overprint doubled or partially omitted.
Revenue usage of Postage stamps
Note: for ease of reference, numbering follows the Stanley Gibbons Part 1 catalogue throughout this section.  Values listed here are those recorded as having been used for revenue purposes. 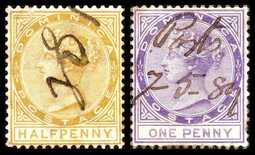 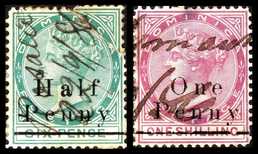 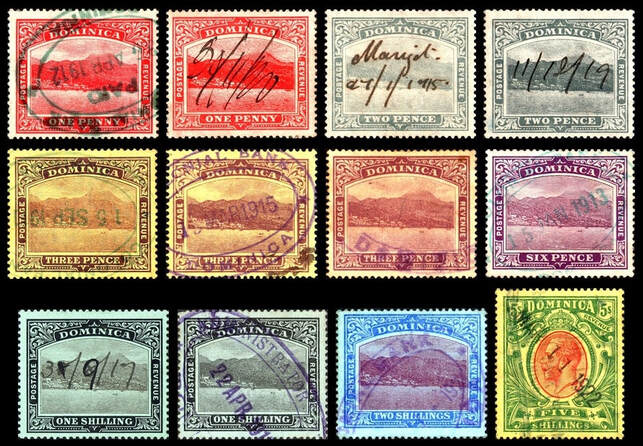 F48/54 including all listed varieties
1908-21.  As previous issue but colours changed and new values added, plus new top value (5s) measuring 26 x 31 mm and featuring portrait of King George V.  Wmk Multiple Crown CA.  The watermark is sideways on horizontal stamps, with crown to the right or left of CA (seen from the back of the stamp) as indicated below. 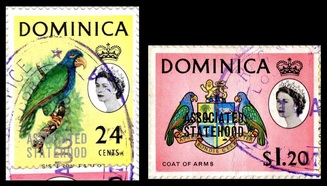