Acknowledgments for the British Virgin Islands section can be found on the main West Indies page. Special thanks also to John Buczacki for providing the illustrations of R5/6 and other helpful information. 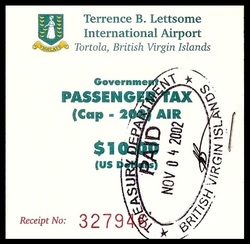 Illustrated above is a British postal order overprinted for use in the British Virgin Islands.  It has a face value of one shilling / five new pence with a poundage of 3½d.  British postal orders were issued in a wide range of values and it is likely that many of these were overprinted for the British Virgin Islands.  Such items are not listed on this website but further information can be obtained from the Postal Order Society.
Revenue 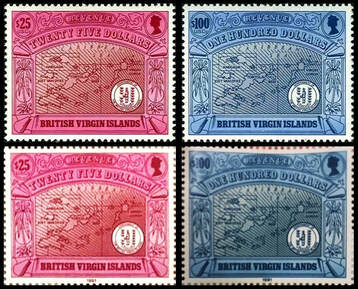 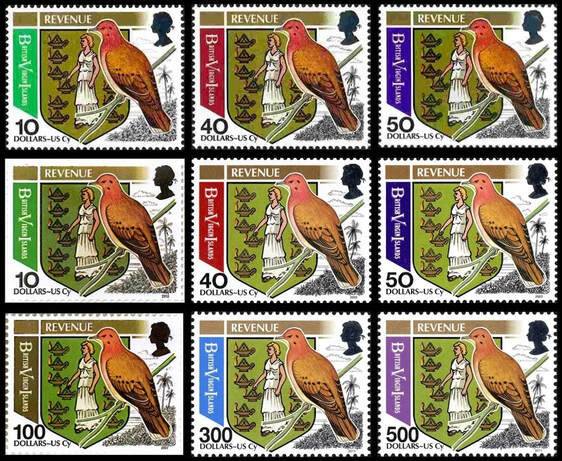 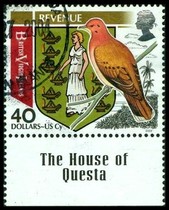 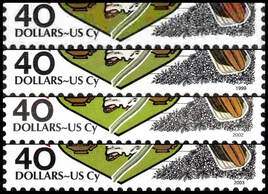 R31. $10 multicoloured
R32. $90 multicoloured
​
Note: although these stamps are not inscribed Revenue, the Commonwealth Stamps Opinion blog states that "these stamps were ordered by the British Virgin Islands government for use as Revenue stamps", and quotes the BVI government as saying that the purpose of the issue was to "satisfy our needs, locally, here in the BVI, and not for money making on the international market". 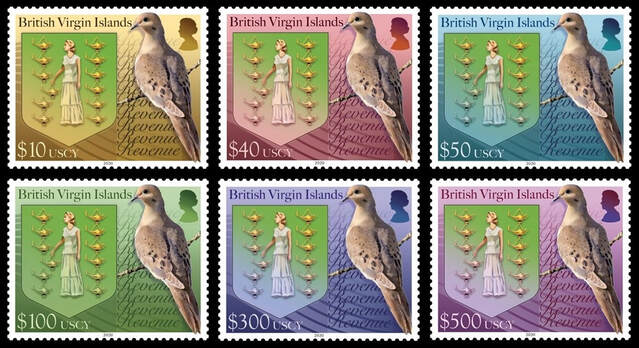 Notes:
1. Some parts of the design including the dress and the lamps in the Coat of Arms fluoresce under ultra-violet light.
2. All six values were originally released on 22nd January 2020.  A reprint of the $10, $50 and $100 values was released on 15th June 2020.
Revenue usage of Postage stamps
Note: for ease of reference, numbering follows the Stanley Gibbons Part 1 catalogue throughout this section.  Values listed here are those recorded as having been used for revenue purposes. 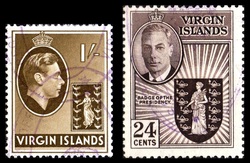